UII campus welcomes visits from schools/institutions wishing to see directly the situation and facilities at UII campus. Campus visit is under the management of the Directorate of Marketing. Upon the visit, groups of participants will be provided with an information session to learn the history and development of Universitas Islam Indonesia.

Request letter for UII campus visit may be sent via email. For more information, please contact: 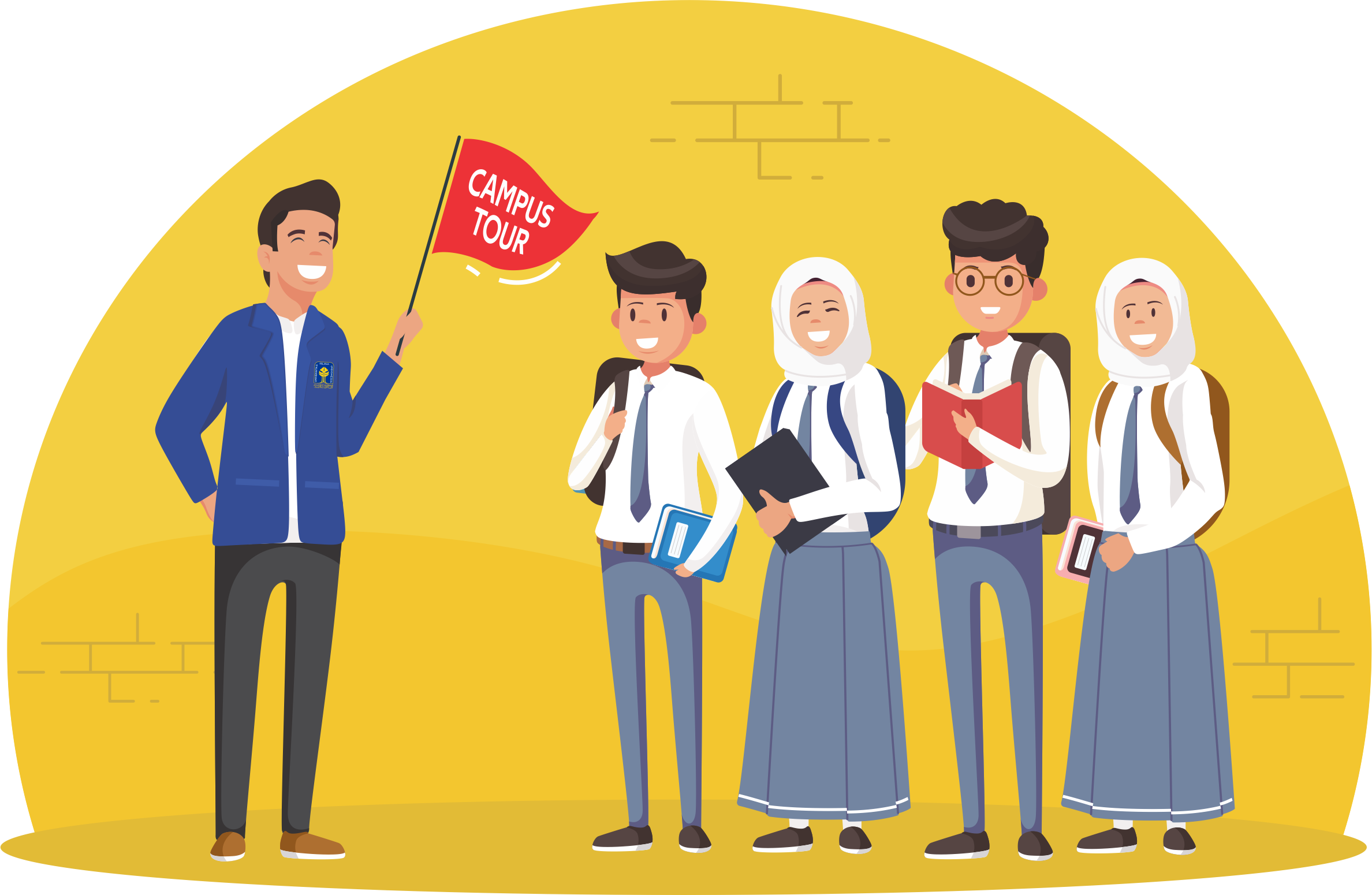 In accordance with the policy of Universitas Islam Indonesia and in an attempt to support the government’s effort in curbing COVID-19 transmission, all mass-gathering or crowd-generating activities such as campus visit is going to be made temporarily unavailable. Public access to UII campuses is also going to be temporarily closed. We are currently developing a virtual tour app for public and prospective students in particular, so that they can have a look inside Universitas Islam Indonesia campuses. 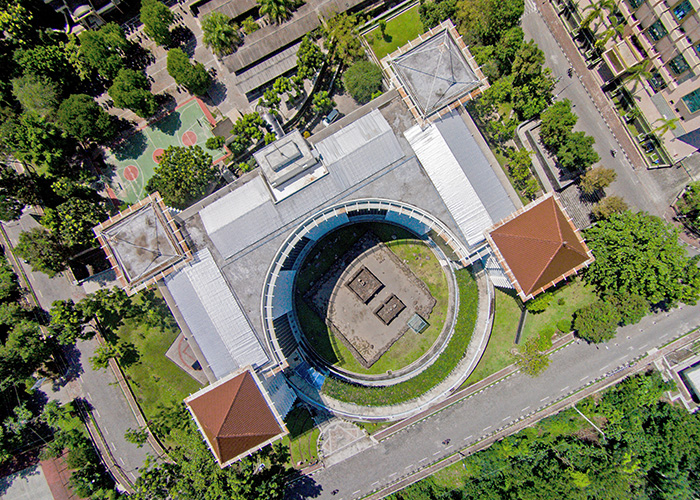 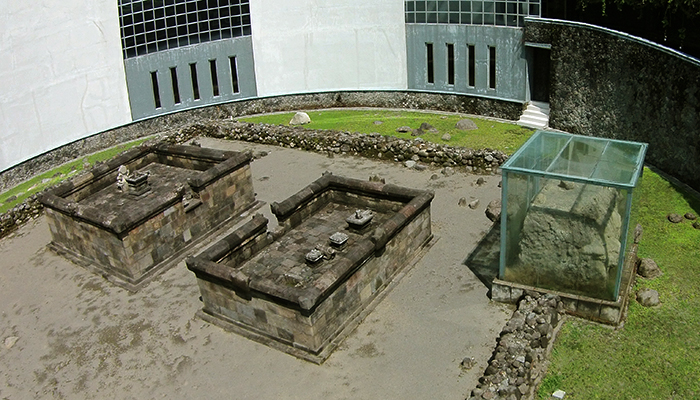 Kimpulan Temple (also known as Pustakasala temple) is an ancient historical site situated inside Universitas Islam Indonesia Integrated Campus. The temple was unintentionally discovered in about five meters underground during the excavation to lay the foundation of UII central library construction on 11 December 2009. As happened to other temples around it, Kimpulan Temple was believed to be buried in volcanic materials from the eruption of Mount Merapi about a millennium ago.

As part of important historical heritage, the temple is preserved and maintained within the Integrated Campus under the supervision and management of Cultural Heritage Preservation Office of Yogyakarta and Universitas Islam Indonesia. It is neatly presented with the library building in the vicinity and UII Museum in company. This is a pride and important symbol of religious tolerance in Indonesia. A Hindu Temple inside an Islamic Campus.

UII Museum and Kimpulan Temple is open for public on work days and work hours in accordance with the service hours set by the Directorate of Library of UII and Cultural Heritage Preservation Office of Yogyakarta.

Our news room and press release is managed by our Public Relations Department, Executive Secretary of UII. Our Public Relations Department connects UII with the society, partners, media community, and other stakeholders. All press releases and news articles about Universitas Islam Indonesia are available for reading in our news web page. Please use the following linked button to access them.

Media partners looking for a copy of our press release or UII news articles can contact: 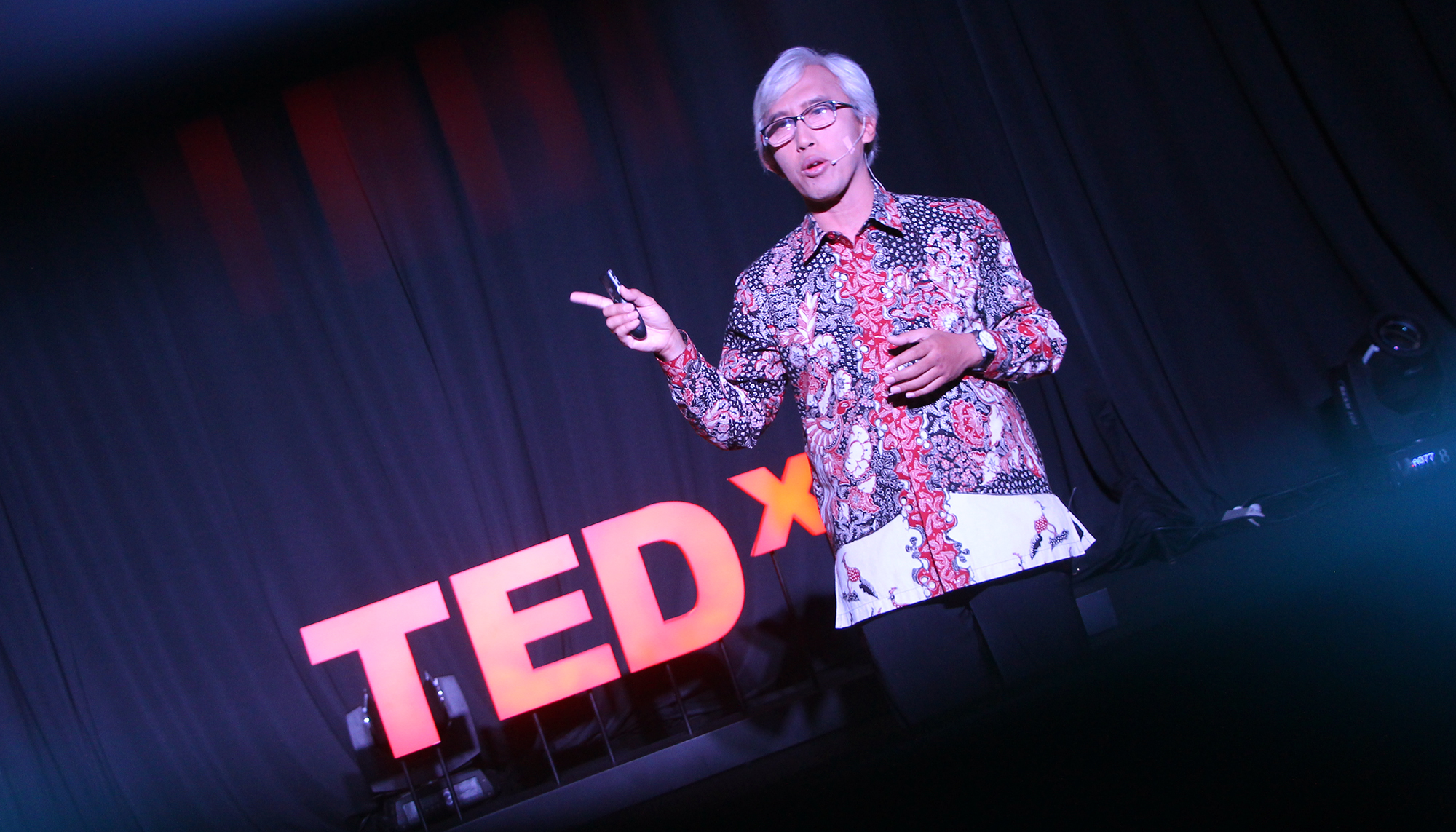 Universitas Islam Indonesia has professors and expert academicians from diverse expertise and scientific background. Their experience as presenters in many scientific discussion forums in regional, national, and international level has forged a reputation of ever-growing wealth of knowledge and wisdom of our campus scholars.

Media partners and partner institutions looking for sources among experts in UII for news writing or scientific activities such as seminars, trainings, and conferences can contact our Public Relations Department to get the appropriate references.