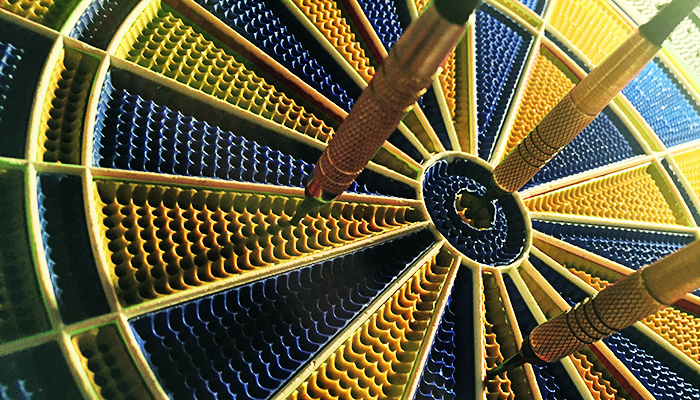 Education about standardization is a significant field in our borderless but diverse world. I do believe, none of artefacts, including standards that are value-free. They are indeed value-laden. There are certain values inscribed when developing standards.

Standards may be seen as common communication protocols. Good communication among parties is a necessary part to strengthen network and to extend collaboration.

Standards may also be considered as shared references to move forward together. An old African proverb says: If you want to go fast, go one, but if you want to go far, go together. Standard plays a pivotal role to provide us a common platform to go hand-in-hand in an orchestrated fashion.

Standards may also serve as an evaluation yardstick. It will be beneficial to make regular self-assessment to see our position and to leverage us to certain level of achievement.

Overall, however, if the development of standard is not departing from or in line with those underlying values, I am afraid that standard can be a hegemonic tool used by certain actors, to a various extent, to take control over or even to defeat others.

This is critical given the current development of standard has created unnecessary distributional implications, according to the extant literature. The result is that the rule-makers are more benefited than the rule-supporting partners, throughout much of time.

In many cases, rule-makers are better in gaining relative power, as they have more sources than their partners. Their technical knowledge creates information asymmetries, making it difficult for rule-supporting partners to immediately adopt the rules.

Previous wars on standard have provided us lessons to consider. We can learn how a number of rule-makers not only aiming to enforce standard as normative rules, but also intentionally to gain more global financial power.

This can be seen from the stories of standard wars, such as in the case of digital wireless telephone (Code Division Multiple Access [CDMA] versus the Global System for Mobile Communication [GSM]), modem technologies, and mobile operating systems (Google versus Apple versus Microsoft). For its time, each of them has been evolved, superseded, and more likely to simply fade away. In some cases, several standards may co-exist, but in other cases, the winner takes all. These have raised questions to consider. What went wrong? Why the war on standard is inevitable?

The problem will be on its application within different readiness on the ground. Positive feedback is quite often to happen, when the strong get stronger and the weak get weaker, which in turn, this situation leads to extreme outcome; as information asymmetries do. Here, rule-makers or first-movers advantages manifest as they have better installed-base.

Hence, we may think to include this aspect in this context of education of standardization, the aspect of how to consider diverse playing fields and how to level them.

I would like to bring another viewpoint into the table.

Standard in some cases is not always about the better option, as a social artefact, it is socially constructed. For instance, without further discussion, we can easily concur that the layout of qwerty keyboard has no longer rational base, as it was designed to avoid jams in the traditional typewriter. But until today, we witness that the qwerty keyboard still exists and widely adopted, even when the inspired problem has vanished. The Dvorak keyboard layout did not gain ground, even though it was technically a better alternative.

In this regard, I would like to invite you to consider the existing practices cannot be totally neglected, but they can be used as inspirations to set-up standards.

In some cases, we may end up with flexible standards. It may seem as an oxymoron, but it works in many cases. For example, our colleagues from University of Oslo, propose this principle of flexible standards when developing health information system infrastructure in various developing countries. A set of core standards is set, but a room for flexibility is provided.

Please note, that this viewpoint comes from a rookie in this field of education of standardization.

I do understand that pouring a pack of salt into the sea will be a meaningless effort, but at least, I do hope that this viewpoint may provide alternate or complement perspective that invites further discussions.

Excerpted from the address to The International Cooperation for Education about Standardization (ICES) 2018 Conference, Yogyakarta, 3 July 2018